Before the war in Afghanistan, the United States waged a humanitarian War on Hunger in Afghanistan that saved thousands of Afghan lives in the 1970s. 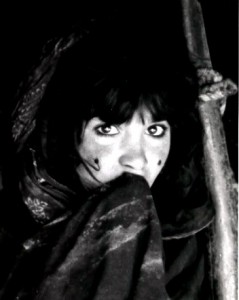 The pastoral peoples of the nearly inaccessible mountain regions of Afghanistan were always proudly self-sufficient until an unprecedented two-year drought, followed by one of the most brutal winters in the country’s history, left them starving and destitute. The stricken people, food gone, animals dead, with little or no seed to plant, mortgaged their future crops, or sold their land for food. In no case was the potential of the land fully realized. Many migrated to urban areas, where they thought there would be food and life would be easier. There, they found themselves without useful skills and were forced to return to their homes to face further disease, starvation, and often death. The mountainous terrain and marginal roads limited accessibility. Short distances, under these conditions, became long. Time was critical in both planning and operations because of the impending brutal winter. In the Central areas, changes in weather could have made the starving people inaccessible until the late spring. In Badakhshan, certain mountain passes had already been closed by heavy snowfall before the program even started. Despite the efforts of the Afghan government and the international community, the affected areas were unable to recover from the natural calamities. But, there was will and also determination. The king and his government took the measures necessary to meet the extraordinary needs of the people. They gave the highest priority to “Operation Help”, an unprecedented famine relief effort, and moved with speed and efficiency to solve the humanitarian crisis. The result: hope for survival for 235,064 people.

Powered by WordPress | Theme by TheBootstrapThemes